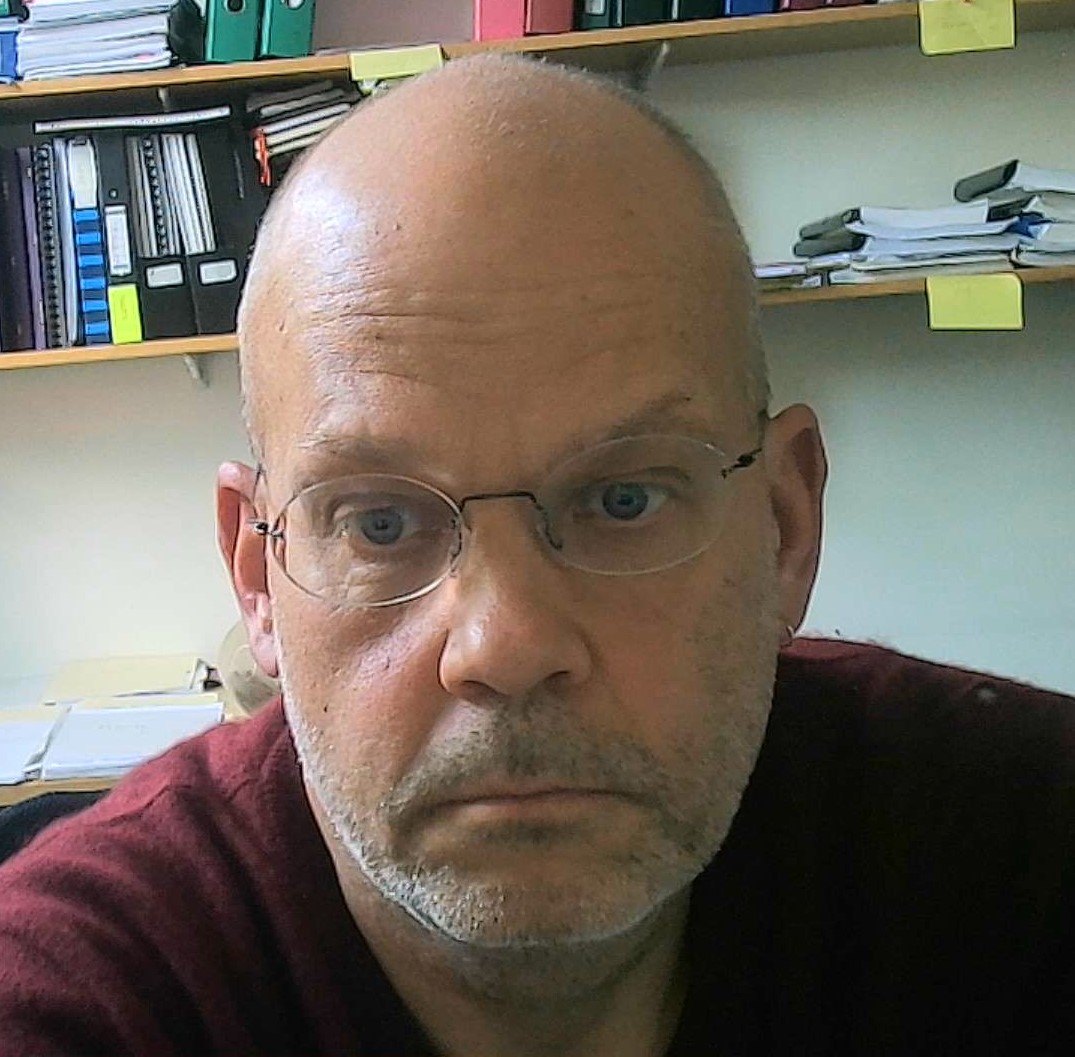 About  I am a Professor at Imperial College London and lead the environmental geochemistry program. I was born in Basel, Switzerland, and I am happily married to Heidi. Peter and Ingrid are my parents. Claudia my sister. Heidi and myself have a precious daughter, Anna-Lea.  I enjoy sports (swimming, karate, cycling), music (playing mandoline and flute), reading and traveling. I am also keen on learning languages though i am not very good. And i do some calligraphy.

Education I graduated with a first-class Diploma in Natural Science from the ETH Zurich, Switzerland.  For my diploma thesis I studied the effect of plantations on soil fertility in afforestation areas in Rwanda, Africa. I then worked for two years as research assistant in industry (Novartis) and academia (Weizmann Institute of Science, University of Basel) conducting research in analytical chemistry (development of ion chromatography methods with electrochemical detection for organic pollutants in ground water), plant science (development of biological agents to fight plant pathogens) and colloid chemistry (to study the role of colloids in cadmium and lead transport in ground water).  In 1998, I graduated from the University of Bern with a PhD in Geochemistry (assessment: excellent). Under the supervision of Profs Kramer (now University of Johannesburg) and Shotyk (now University of Alberta), I reconstructed the history of atmospheric lead deposition since the last glaciation using peat bog archives and demonstrated using high precision lead concentration and isotope ratio measurements that the onset of large scale pollution was as early as pre-Roman times. Here you can download my CV

Academic career  I conducted my post doctoral studies with Ed Boyle at MIT. I wanted to know if the phasing out of leaded gasoline reduced the lead content in the environment. We determined the temporal and spatial evolution of lead concentrations and isotopes in the North Atlantic Ocean (NAO). I developed a now widely used analytical method to concentrate lead from seawater using Mg(OH)2 co-precipitation and to measure isotope ratios and concentrations using plasma source mass spectrometry. I conducted a series of precise lead isotope ratio measurements in seawater collected across the NAO in 1981 and 1989 and demonstrated conclusively that phasing out leaded gasoline in the North Americas and in Europe lead to decreasing levels of anthropogenic lead in the environment. In 2000, I was appointed as lecturer at Imperial College London.  Over the following 15 years, and through rigorous merit-based reviews I progressed to the highest rank of the Imperial professoriate. (From Lecturer to Senior Lecturer, from Senior Lecturer to Reader and from Reader to Full Professor). During my academic career, I performed next to the research the expected academic duties in teaching including formal undergraduate courses in geochemistry and mentoring of undergraduate research projects and in departmental administration (search committees, contribution to strategic planning, chair of examination board). I built up the environmental geochemistry group and developed a research program that studies geochemical processes relevant to environmental quality and earth system science.  I set up two laboratories. First, starting with the appointment, I developed the multi collector plasma source mass spectrometry laboratory which eventually culminated in the establishment of the Mass Spectrometry and Isotope Geochemistry facilities (MAGIC) in 2009 and which today is one of the leading centres of isotope geochemistry.  Following this, I set up the aqueous geochemistry laboratory which specializes in speciation studies in solutions and interfaces.  During a Sabbatical at the Stanford School of Earth, Energy and Environmental Sciences, I started to conduct research in soil chemistry and anaerobic systems.  I learnt to apply synchrotron-based X ray spectroscopy (XANES and EFAXS) to study molecular structure of surface complexes. This new expertise has since then been applied to work on uranium adsorption in highly alkaline solutions and on arsenic oxidation reactions on multi-phase minerals.

Awards and Honors I was elected Fellow of the Royal Society of Chemistry (FRSC) for ‘outstanding contributions to the chemical sciences’ (2015). I received prestigious awards including the Kenan Visiting Professorship for Outstanding Teaching and Scholarship from Princeton University (2019), the Cox Visiting Professor Fellowship from Stanford University (2013), the Scientist in Residence Award from the University of Hamburg (2011), the Distinguished Visiting Fellowship from Xiamen University (2007), the Young Investigators Award from NERC (2002) and the highly competitive SNF Fellowship Award from the Swiss Science Foundation (1999). I was awarded the Students Best Supervisor Award from Imperial College London (2019).

Organization of Scientific Conferences and Workshops I was involved in the organization of  important scientific conferences and workshops.  Most recently, I organised the Distingushed Lecturer Series meeting for the Environmental Chemistry Section of the RSC (2022). In 2018, I led a workshop in Kolkata on arsenic removal technologies bringing together 20 early career scientists from India, Bangladesh and the United Kingdom. In 2012, I co-organized a meeting on trace metal isotopes in the marine environment at Imperial College in London. In the same year, I also organized sessions on Metal Isotopes in Plants at the Goldschmidt2012 in Montreal, Canada, on As and Sb uptake in plants at the International Soil Congress in Bari (EUROSOL), Italy. Other important events I organised were the meeting for young scientists on Asian Monsoon and Climate Change held in Guangzhou, bringing together experts from both countries discussing work on climate change and a Royal Society Workshop on ‘Trans-boundary Pollution’ held in Chengdu, China. My most important role was as arguably as invited leader and chairman of the Environmental Geochemistry theme at the Goldschmidt2014 conference in Sacramento, USA, 2014, being responsible for the scientific programme.

Our work in the media  Our work has attracted global media attention on several occasions. And it has been a source of inspiration for a book of an award winning writer. Here are a few example

Iconic One Theme | Powered by Wordpress